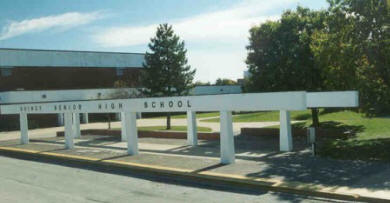 The Quincy School Board’s Curriculum Committee heard some details last week on how a $75,000 grant to the Quincy Federation of Teachers will be used to educate the public about the Common Core and what it will mean for teaching and learning in Quincy’s public schools, the Quincy Herald-Whig reports.

The grant was one of five nationwide Innovation Fund grants, totaling $750,000, awarded by the American Federation of Teachers at their annual convention at the end of July. The grants are supported by the AFT itself, as well as by contributions from some big-name philanthropists, including the Bill & Melinda Gates Foundation and the Ford Foundation. The Carnegie Corporation of New York, the Charles Stewart Mott Foundation, the Eli and Edythe Broad Foundation, and the Pew Charitable Trusts have also contributed to the grants.

The AFT said Quincy teachers will “develop a communications campaign for parents, businesses and local institutions about the Common Core State Standards and what they mean for teaching and learning. The campaign will focus on explaining the key shifts in the Common Core and how community members can best support students to reach the new standards. Teachers will lead the campaign, which is to include polls, community forums and public service announcements.”

Trish Sullivan-Viniard, assistant superintendent for curriculum and instruction in Quincy, told the Herald-Whig the new standards will require “a big shift in how we are teaching” in local classrooms.

“This is the next phase in education,” the paper quoted her as saying. “This really does feel like a critical moment. It feels like a tipping point in American education. And we’re taking it very seriously.”

Ms Sullivan-Viniard made a presentation for all K-12 personnel in the district at the staff’s opening day meeting yesterday, the district’s website reports. She told the staff the standards “set clear expectations for what knowledge and skills will help our students succeed and ensure QPS students are college and career ready.”

The Common Core is a fact of life in most states

Nationwide, 45 states have adopted the learning standards that make up the Common Core, including both Illinois and Maryland. Just as the No Child Left Behind law, enacted in 2002, changed our schools into test-taking factories in order to develop a mark of “failing” in all too many cases, the Common Core is a reality in most states, which could back out at any time but probably won’t. Schools are going to teach the Common Core, your kids are going to be tested on the Common Core (by the 2014-15 school year), and it’s time to accept that fact.

Illinois’s State Superintendent of Schools, Chris Koch, has been a leader in focusing Illinois’s teachers on the new standards, as stated in this PowerPoint presentation from East Peoria District 86. The Common Core is notably different from previous attempts Illinois has made to standardize the curriculum, observed one assistant principal in Quincy.

“What’s different this time is—for the first time—this is about instruction as much as it is about curriculum,” the Herald-Whig quoted Jody Steinke of Quincy High School as saying. “Before, it was always about the curriculum and what you’re teaching, not how you’re teaching.”

A new way of looking at a state curriculum

Specifically, what Mr Steinke is referring to is that the Common Core focuses about as much on the skills students should acquire as it does on the specific subject matter they should be applying those skills to.

In the high school algebra curriculum, for example, it says students have to “Interpret parts of an expression, such as terms, factors, and coefficients.” Most state curricula already had that statement in one form or another, but the Common Core—and this is its biggest bonus—superimposes mathematical practices on every one of the tasks in the curriculum. For example, it requires application of those subjects to solve real-world problems, such as, “What does the coefficient of the points scored against an Illinois high school football team tell you about the relative importance of that term in a function that estimates the overall strength of that varsity football team?”

Another mathematical practice, “constructing viable arguments and critiquing reasoning used by others,” can be applied to this website. We use statistics in our comprehensive coverage of Illinois varsity football. We present our reasoning for relying on certain statistics here, and we’d love to hear from people what they think of our reasoning. But you had better have some serious knowledge of mathematics if you’re going to engage us in a discussion. We’ve been through years of trial and error determining the coefficients on terms in our formulas.

That’s what’s new about the Common Core. It doesn’t say you have to solve problems about one thing or another. If you can build a mathematical model—one of the core mathematical practices identified in the Common Core—to describe the strength of high school football teams just because you love sports, you’re good to go, as long as the underlying math is right.

The Common Core has its detractors, and it’s true our best teachers would use football or any other context they can find to help kids learn what they need to know for success anyway. Listen, the Common Core wasn’t written for our best teachers; it was written for our lowest-performing schools. A top-rated eighth-grade math teacher might teach a few new math facts that have moved down into the Common Core for middle school from high school, but how he or she teaches math to students won’t likely change all that much. But in classrooms where critical thinking was not part of each lesson plan, things will look substantially different under the Common Core.

Even knowing this, veteran educator Marion Brady, who opposes the Common Core, wrote in the Washington Post, one problem with it is that it’s a standard in the first place. Standards shouldn’t be attached to subjects, because information changes too quickly, he argues, especially in science as discoveries are made. “Standards should be attached to … the qualities of mind it’s hoped the study of school subjects promotes. Subjects are mere tools, just as scalpels, acetylene torches, and transits are tools. Surgeons, welders, surveyors—and teachers—should be held accountable for the quality of what they produce, not [the specific tools they use to] produce it.”

But if you think about it, as my job description has me doing every day, that’s exactly what the Common Core is designed to do. It may have standards that look like “subjects” that “are mere tools,” but they point teachers and students to the “qualities of mind” we hope the “study of school subjects promotes.” In my example above, I don’t really care about high school football stats as seriously as those statistics would lead you to believe. Football is just a convenient “tool” I use on this site to point students toward the more universal skill of critiquing someone else’s reasoning (mine).

Mr Brady’s view on this subject helps us better understand what people in our communities don’t know about the Common Core. If they have heard about it at all—and that’s a mighty big “if” to begin with—they think it’s another set of learning standards about what kids are supposed to know in various grade levels. Well, they’ve got the “grade level” thing right, but where they’re dead wrong is where it comes to “what” kids are supposed to know.

Yes, in first grade, they should be able to count to 120, for example. That’s the “what” in the Common Core, and it’s not much different from any of the old standards these 45 states use. The numbers are bigger in lower grades with the Common Core, but essentially the tasks in the curriculum part of the Common Core are the same as they’ve been. So in that sense, it looks like any other state curriculum, with learning objectives by grade level.

However, right after “counting to 120,” the Common Core adds that first graders should then “represent a number of objects with a written numeral.” That means they not only memorize the sequence of numbers from 1 to 120, but they also are aware of the real-world objects their counting represents.

When you start talking about “representing” a number of objects with a written numeral, you’re talking about the skill of abstract thought, which is a skill that people will need to apply to a lot more than “counting to 120” throughout their lives. Here, using a subject understandable by first graders, the Common Core is developing abstract thought: If first graders think of the numeral “4” as representing four soccer balls (we have a demo for that), four horses, or whatever, they’re honing a skill that needs to be solid by the time they get to algebra, where “variables” represent “numbers.”

Conclusion: Skills and processes are in the Common Core

Now, we can talk about whether 6-year-olds “should” be learning how to do abstract thinking—that might be an interesting conversation to have about the curriculum itself—but what we cannot do is say the Common Core doesn’t require teachers to focus their instruction on the “qualities of mind” we have said we want to see developed in our children. I myself think abstract thought is a very important skill involving higher, critical, deeper thinking, and I can find it on many of the line items in the Common Core. If someone says “skills” and “qualities of mind” aren’t in the Common Core, they haven’t studied it closely, because they’re definitely in there.

And this doesn’t mean first graders are learning algebra. The Common Core is simply getting them ready for algebra and many other subjects that use abstract thought throughout a lifetime of learning. First-grade teachers do their part, using the subject of counting to 120 but developing the skill of abstract thought in the process.

Another mathematical process in the Common Core involves using appropriate “tools” strategically. Perhaps this means, in first grade, figuring out how to use bags that hold 10 soccer balls to help students count up to 120. But just knowing the Common Core has first graders using tools to solve problems is pretty exciting!

That’s essentially why the Common Core is such a big deal. Amid the deficiencies and detractors, we find a unified document that develops skills students need to learn, work, and play in an increasingly complex and global society.