Parents probably see opting their kids out of standardized tests as an act of civil disobedience. Except, the penalties aren’t really clear when kids or their parents opt out of standardized tests. Most of the tests used for accountability purposes, such as the MSA in Maryland or the ISAT in Illinois, carry no consequences for students, except in some cases, where magnet high schools may rely on eighth-grade test scores to place students in certain programs at selective-enrollment high schools. 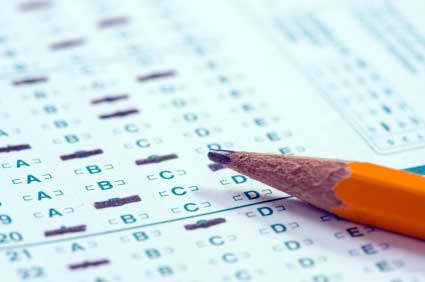 But for most students, standardized tests in middle and elementary school don’t mean anything: Their grades aren’t affected. Their teachers and parents won’t get the scores until the school year has long been over. Etc. So, basically, nothing stops them from opting out of standardized tests by just taking the day off of school.

Without their parents’ permission, that’s truancy, of course, which is against the law. But many parents, who mainly oppose not the tests themselves but the use of those tests to demean teachers, punish schools, or promote the private takeover of public schools, are perfectly willing to write a note to provide an acceptable excuse for an absence on testing days.

Although that may be a tad dishonest, it’s not, in the strictest sense, illegal. Which brings me back to my original point: Do you think this is an act of civil disobedience if the act itself is rendered not exactly illegal by a parent calling in the absence?

Well, y’all can debate that in the coming months, since the tests I’m talking about won’t happen until the spring. Although I certainly don’t want to advise anyone to act dishonestly, especially in front of children, there is a growing movement in the US, many sectors of which are being led by students, to make a conscious decision not to take standardized tests.

Some educators push back, saying if parents allow their kids to opt out, they won’t ever know how well their children are mastering the state’s official learning standards.

Kristen Jaudon, a spokeswoman for the Washington (state) Office of the Superintendent of Public Instruction, was cited in the Washington Post as saying that parents who pull their children out of testing wouldn’t be able to identify if a student was having problems in a particular subject and the move would deny educators the chance to see if the curriculum is working.

Really? I have to think Ms Jaudon, as an official representative of a state department of education, was just kidding. Standardized tests, as the results are reported in most states, are one of the least informative ways of assessing “if a student is having problems in a particular subject.” A better way would be for parents to email or call the teacher to discuss any subject they might wonder about.

If the teachers are doing their job adequately, they know long before standardized test scores come back exactly how the children in their classrooms are performing. In fact, there isn’t one single person who works in front of a roomful of kids who needs these standardized tests. If parents want numbers and statistics, I can’t fault them, but I can advise them that teachers will be able to provide a much clearer picture about any child’s progress in school.

If a parent can’t trust a teacher to provide an honest, good-faith assessment of a child’s progress in school, there are bigger problems than missing a standardized test. Besides, even a “less than fully supported” opinion by a child’s teacher is better than the one-time snapshot a standardized test provides.

First, the NCLB-required tests are only given in two subjects, math and reading, and the subjects of “math” and “reading” include a great many subtopics. If a child is reported as being “basic” in math, for example, how’s a parent supposed to know which parts of the math curriculum the child is having trouble in if the only information available is the standardized test score?

Second, by the time parents get the scores, the school year is over, and the snapshot is like yesterday’s news. That is, even if a deficiency can be identified from the general descriptions given to parents, there’s nothing anyone can do about it.

On the report sent to parents in Maryland, for example, the state’s education department explains that the score on the MSA math test “is a measurement of your child’s mathematics achievement. The MSA Mathematics assessment measures your child’s performance against the State Curriculum, which outlines what all students should know and be able to do. The content standards are available from the school or online at http://mdk12.org.”

But, “The MSA is only one indication of your child’s mathematics performance. For a full understanding of how your child is doing in school, talk to his/her teacher(s) about performance on classwork, homework, projects, and other tests and quizzes.”

It’s only one indication, the others coming from more conventional means like homework, classwork, projects, and so on, all of which parents should be keeping themselves informed about throughout the school year, and all of which existed long before tests were ever standardized.