A majority of students in public schools throughout the American South and West are low-income for the first time in at least four decades, according to a new report, based on US Census data, that details a demographic shift in the US, the Washington Post reports.

I’ve been reading this report by the Southern Education Foundation, the nation’s oldest education philanthropy, here, over and over, and the data are really stunning.

The Post talked with Michael A Rebell, executive director of the Campaign for Educational Equity at Columbia University, who used the spike in US poverty over the last 11 years to partially explain the low performance of US students on international tests.

“When you break down the various test scores, you find the high-income kids, high-achievers are holding their own and more,” the paper quoted him as saying. “It’s when you start getting down to schools with a majority of low-income kids that you get astoundingly low scores. Our real problem regarding educational outcomes is not the US overall; it’s the growing low-income population.” 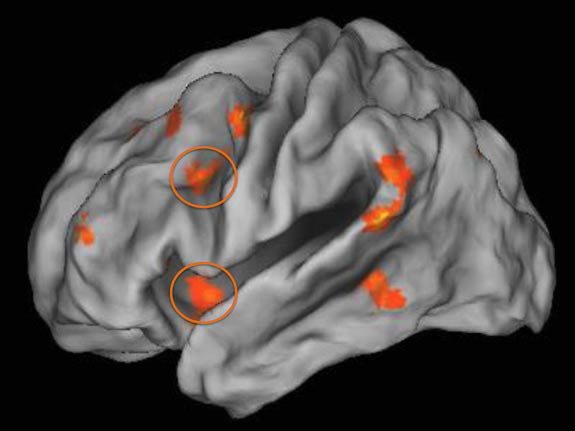 This means that childhood poverty and the chronic stress associated with it may lead to problems regulating emotions as an adult. And that, in turn, means kids whose parents were poor as children may not get the emotional and intellectual support they need from their parents to succeed in school.

This peer-reviewed research, which came to me via a press release from the University of Illinois, Chicago, is published online in the Proceedings of the National Academy of Sciences. “Our findings suggest that the stress-burden of growing up poor may be an underlying mechanism that accounts for the relationship between poverty as a child and how well your brain works as an adult,” said Dr K Luan Phan, a psychiatry professor at the University of Illinois College of Medicine and the study’s senior author.

Using magnetic resonance imaging, the researchers found that test subjects who had lower family incomes at age 9 exhibited, as adults, greater activity in the amygdala, an area in the brain known for its role in fear and other negative emotions. These individuals showed less activity in areas of the prefrontal cortex, an area in the brain thought to regulate negative emotion.

Amygdala and prefrontal cortex dysfunction has been associated with mood disorders including depression, anxiety, impulsive aggression, and substance abuse, according to the authors. The ability to regulate negative emotions can provide protection against the physical and psychological health consequences of acute and chronic stress, Phan said.

“This serves as a brain-behavioral index of a person’s day-to-day ability to cope with stress and negative emotions as they encounter them,” he said, adding that perhaps the most important finding was that the amount of chronic stress from childhood through adolescence—such as substandard housing, crowding, noise, and social stressors like family turmoil, violence or family separation—determined the relationship between childhood poverty and prefrontal brain function during emotional regulation.

The research doesn’t say poverty at age 9 causes dysfunction in the brain, but it’s interesting that poverty spanning several generations is often the toughest cycle to break. Parents who may be compromised in terms of their ability to cope with negative emotions may pass that physical trait on to their children while, at the same time, failing to provide the emotional and intellectual support those kids need during school as a side effect of that physical dysfunction. It’s a double-whammy.