The School Nutrition Association, which formerly supported a change to school meal guidelines that replaced empty-calorie snacks and entrées with healthier choices, such as fruits and vegetables, has reversed course and is now asking the Agriculture Department to delay implementation of the new guidelines, the New York Times reports. 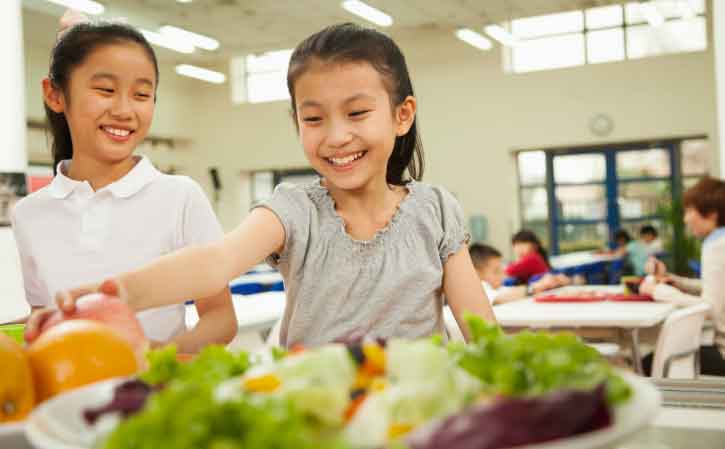 Some people, including teachers’ unions, which count food service workers among their members, are just perplexed. About 78 percent of school districts report purchasing more fruits and vegetables as a result of offering a salad bar in the cafeteria, the White House noted in passing, making it curious that the SNA would suggest it’s not working.

One SNA official even resigned in protest over the lobbying campaign the association is running to delay the new guidelines. “They sold their souls to the devil,” the Times quoted Stanley C Garnett, who ran the agency’s child nutrition division, as saying.

But that lobbying campaign has managed to convince a few representatives in Washington, who are considering legislation to delay the guidelines, some of which are already in effect, for a year. It might come to a vote in the full House after the Fourth of July recess.

Other people have suggested corporations, which make some of the less healthy alternatives being restricted by the new guidelines and fund most of the SNA’s $10.5 million budget, are behind the effort to delay the guidelines.

We have heard scattered reports of:

But the Times quoted a food service official for the schools in Jackson, Miss., which serve about 26,000 lunches a day, as saying she was absolutely able to purchase the healthier alternatives and stay within budget.

SNA CEO Patti Montague said in a letter in response to the Times article that the reporter had oversimplified “the challenges that schools nationwide face under federal rules for school meals and [failed] to recognize new mandates that went into effect July 1.”

In her response, Ms Montague said about a million students are opting out of the school lunch program and spending their money elsewhere. “Unfortunately, when a school cafeteria falls into debt, funds are taken from instructional or other school programs to make up the difference – that’s a problem none of us want,” she wrote.

She said she doesn’t want money that would be spent on instructional support services spent on the cafeteria budget to keep it out of the red. She also offered some alternative pathways to healthy eating that might make more sense in terms of saving dollars for schools and preventing waste: