A sociologist at the Johns Hopkins University released data last month showing that the long-term success and happiness of poor minority children were “substantially determined by the family they were born into,” according to a news release from the university. 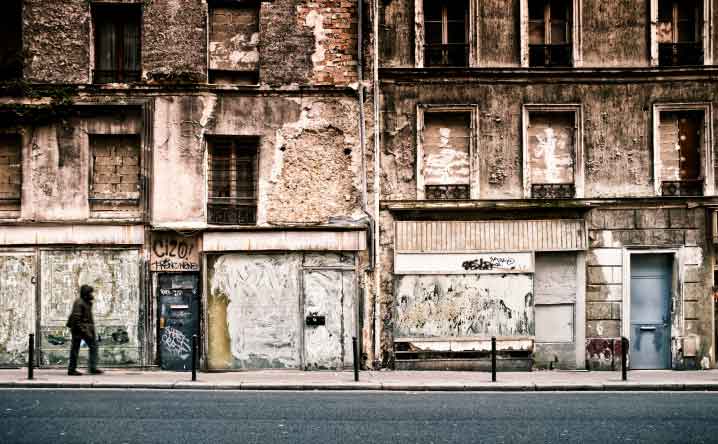 The data seems to fly in the face of motivational speakers who suggest anything is possible, but that’s not really the point. “A family’s resources and the doors they open cast a long shadow over children’s life trajectories,” Johns Hopkins sociologist Karl Alexander writes in a new book, The Long Shadow: Family Background, Disadvantaged Urban Youth, and the Transition to Adulthood, which shows how a poor child’s first years of school can color the rest of his or her life.

The book presents an extended series of interviews that took more than 20 years to collect in Baltimore’s inner-city. The interviews began when 790 kids entered first grade in 1982 and continued until they turned 28 or 29 two decades later. The words of children are interwoven with commentary and biting analysis, showing how socioeconomic status and family upbringing contribute most strongly to the success or failure of children in our poorest schools. An example from “Peter,” who grew up in one of Baltimore’s poorest neighborhoods:

Well, some of the families that used to live around here, they was like, like junkies, and stuff like that, and half of them didn’t even respect their, their mother and father. … Like this one guy, him and his father started fighting because the son was fixing a pack of Oodles Noodles, but his father wanted to eat it. … And they was fighting over a pack of Oodles and Noodles in the street. [And the mom,] she was after getting drunk, so she didn’t really care who, who had the Oodles Noodles.

The neighborhoods in which these children grew up show many signs of urban decay: crime, drugs, boarded-up houses, empty businesses, and ugly family life. “The implication is, where you start in life is where you end up in life,” Mr Alexander concluded. “It’s very sobering to see how this all unfolds.”

There is some racial data in the findings as well. Well-paying blue collar jobs are not as abundant as during the years after World War II, but they still exist. But who gets them? Among high school dropouts at age 22, 89 percent of whites were working, compared with 40 percent of blacks.

“Neighborhood and school,” he writes (see p 50), “when added to family, round out the overlapping spheres that children experience firsthand, day in and day out.” As we put a great emphasis on tracking teacher effectiveness—or trying to do so, anyway—mostly through standardized test scores, let’s not overlook the problems closer to the actual root: the effects of poverty on families and neighborhoods, and the lack of social networking present among low-income minorities.

After that, we can deal with schools, but until family and neighborhood issues are addressed, any school reform efforts will be thwarted. We don’t look forward to writing about a researcher at another university, 20 years hence, who might be starting a similar study today, if all we’re going to write about is that the efforts of well-meaning people netted us nothing in terms of bringing a better life to our poorest citizens.

On the other hand, we would be remiss not to point out that, while Mr Alexander’s groundbreaking study shines a bright light on a huge societal issue, nothing means kids can’t rise above their circumstances and propel themselves out of the life their family brought them into. Sure, it doesn’t happen very often, but it does happen. Don’t ever tell a poor minority students that he can’t accomplish great things just because not very many other students like him accomplished great things. Statistics about life outcomes and happiness based on upbringing and poverty status are one thing; an actual kid is a whole other story.