When it comes to marching bands in Illinois, the competitive season “truly gets underway this weekend, with a whopping nine competitions,” writes Dan Balash of Illinois Marching Online. 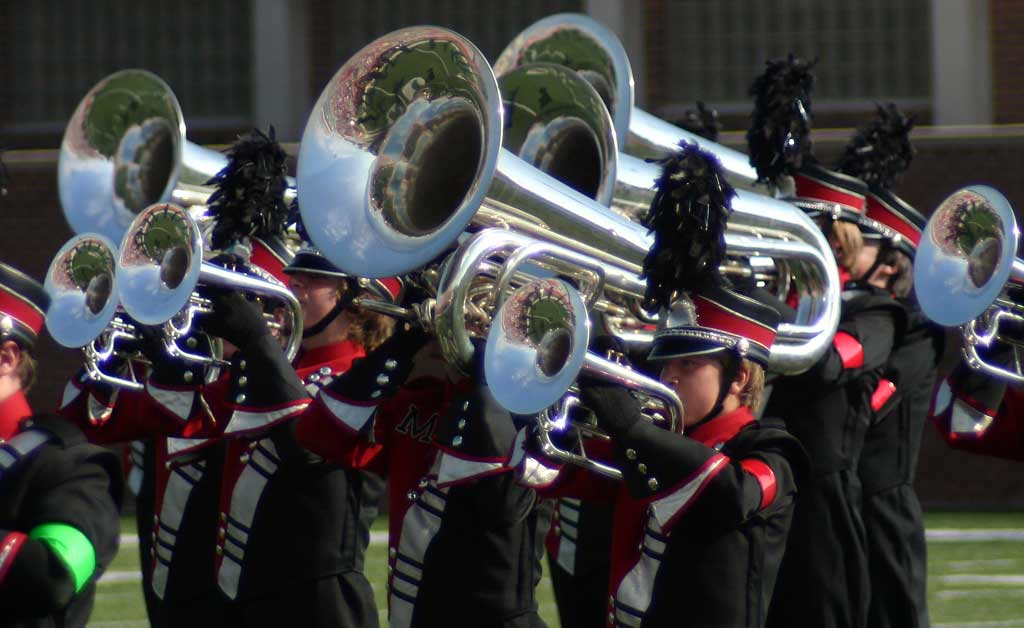 And those festivals are:

A few bands are performing at more than one festival, and a few bands from Missouri, Wisconsin, and Indiana have joined the shows, but a total of 143 performances will be given, including 110 Illinois bands with 120 performances.

“I think for every competitive band—maybe not every one but a lot of them—this is Week 1,” said Bob Mecozzi, whose marching band at Stagg High School in Palos Hills is hosting its 35th annual Jamboree as part of this weekend. “We’ve got a very good judging panel, and we’re sure our bands are going to leave with a pretty good take on how their show’s looking right now.”

Good judges, which in Mr Mecozzi’s case include Pete Griffin, once the director of the Marching Illini at the University of Illinois in Urbana-Champaign, usually take the newness of the competitive marching season into account in the early weeks. “They’re not going to judge a band’s first show the way they judge their last one,” Mr Mecozzi said. “They know there’s a natural progression from week to week.”

A video and audio feed from a couple shows—the Lake Park Lancer Joust and the Pontiac Indian Showdown—will be streamed live on High School Cube.com. Click on the links above to get the links to the live stream.

Two bands are in the process of rejoining competitive marching this weekend. Oak Lawn Community High School will compete at the Jamboree after a six-year hiatus, and Nashville High School will take the field at the Metro East Marching Classic in only its second year of competition after being away for several years.

Stagg’s marching band has based its show on works originally composed for piano. They’ll perform their four-movement, eight-minute, aptly-titled show in exhibition at the Jamboree. The show, entitled “Keys to the Imagination,” features a real pianist in the percussion pit.