When the US Department of Agriculture changed the rules for its school meals program, several Maryland schools reconsidered how they validate students’ eligibility for free or reduced-price meals, the Public News Service reports. 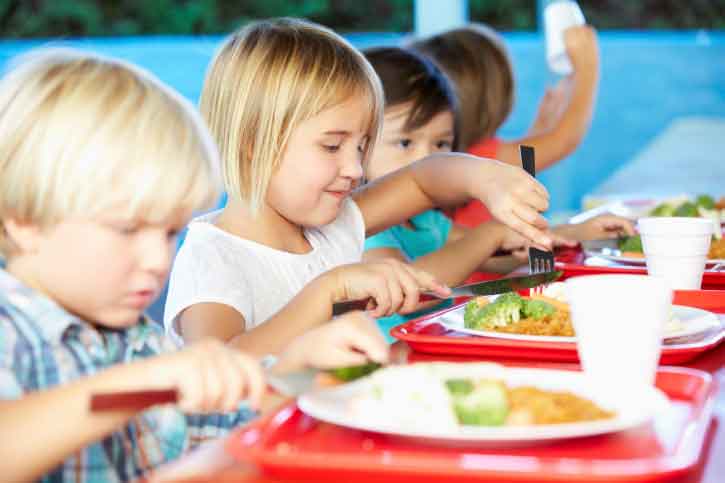 In Somerset County, for example, the state’s poorest, every student at every school, even the high schools, is eligible to eat for free, regardless of family income, courtesy of the Agriculture Department’s community eligibility option, or CEO.

The biggest difference has been “in the high schools, where a stigma is often attached to receiving free meals,” the news service quoted Somerset County Superintendent Dr John Gaddis as saying. “Since every student now receives meals at no charge, the stigma is gone and more students are eating healthy foods.”

The choices kids make at meals have a direct impact on their behavior and on their academic achievement, he said. And he’s right. Good academic performance was inversely associated with food insecurity in a study released earlier this year from Oregon State University. Similar results would be expected for high school, middle school, and even elementary school students.

About the community eligibility option

Briefly, the new community eligibility option from the Agriculture Department allows schools to skip the paperwork if at least 40 percent of the students at their school would be eligible for free meals. If schools meet that prerequisite, they can simply declare all students eligible. They are then reimbursed based on a prorated amount of 60 percent of what they would have received if they had filled out the paperwork for every single student.

So, if more than 60 percent of a school’s students would be eligible, it would receive more money if officials filled out the paperwork for each child. That’s a lot of work, though, and it doesn’t eliminate the stigma issue, especially in high school and perhaps middle school.

A dozen schools or so in Washington County are also community eligible this year, and the idea seems to be working in favor of students there.

Pam Christoffel with the Washington County Hunger Group told Public News Service that the program brings relief to families facing economic struggles. “The truth is, the neighborhoods where these schools are located are clearly schools where there are a lot of students in need,” the news service quoted her as saying. “Every child in these schools gets free breakfast and lunch.”

Develop a mathematical model, based on the cost of time for filling out paperwork, to simulate a school’s decision-making process in choosing the community eligibility option. See the Common Core math modeling standards for more information.