The school board in Arkansas made official on July 9 a decision that Gov Asa Hutchinson had wanted for some time now when they voted to drop out of the PARCC multi-state testing consortium. 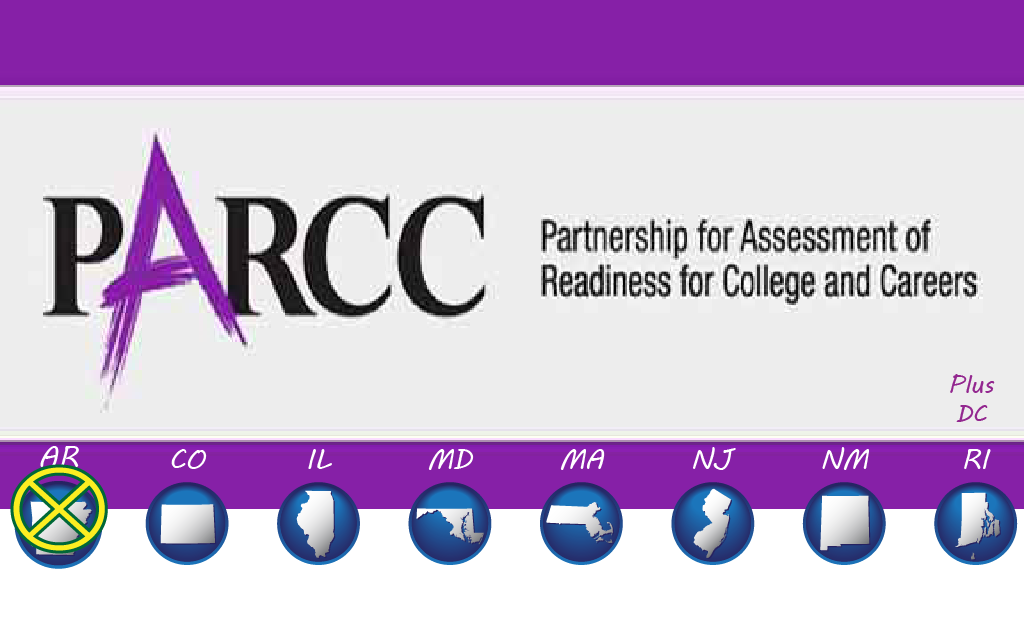 The vote was 4-2 to authorize officials to sign a contract with ACT for a test to be used in the 2015-16 school year. Last month, the board rejected Mr Hutchinson’s request to pull out of the consortium, but a few days after that, he ordered state education officials to leave the group anyway.

The PARCC Consortium now contains only a few of the states it had at the beginning: Maryland, Illinois, New Jersey, Colorado, New Mexico, Rhode Island, Massachusetts, and the District of Columbia. At least 25 states were originally part of the consortium, although many of them dropped out before any actual tests were administered.

Joanna Weiss wrote in yesterday’s Boston Globe an op-ed piece entitled “How to save PARCC?” And trust me, that question mark is not an editing error.

“PARCC is in what looks like a death spiral,” she writes. “Once adopted by 26 states, it’s now used by fewer than ten. Arkansas dropped it on Thursday. Massachusetts’ Board of Elementary and Secondary Education will vote this fall on whether to adopt it for good.”

She quoted Mitchell Chester, the state’s commissioner of K-12 schools:

However, while the Massachusetts commissioner paints a picture of these tests through a rose-colored lens, we see quite a different snapshot emerging. Massachusetts, with some of the strongest schools in the country, has seen several reports of kids becoming ill or disturbed by the tests. Perhaps that didn’t happen, though, because of the quality of the PARCC tests themselves but was simply a feeling among students that they’re “tested out” after more than a decade of accountability tests every single year of their lives.

Carolyn Goretti, a teacher at the special education Valley West Day School in Chicopee and the parent of students in the Wilbraham-Hampden Regional schools told the state’s board that standardized testing has killed many children’s love of learning and left many to hate school, according to a report on Mass Live.com. “Kids are on their knees and they are begging for mercy. They are sick of testing,” she was quoted as saying. Some children have so much test anxiety it makes them ill.

Although parents and school leaders in Massachusetts pride themselves on preparing students well, many will find out, when scores on the PARCC tests are released this fall, that they fell short of the mark of being on track for college and career. This will, naturally and predictably, lead many to question the value of administering these tests, especially when a perfectly good MCAS has been available and could be realigned to the standards in the Common Core, perhaps even at a lower cost. Residents will have trouble justifying any spending on a large-scale assessment instrument that has led to widespread feelings of failure among US schoolchildren—and those are the ones who actually care about their education.

So in that deeper sense, PARCC is part of something bigger, which could have been predicted, but the warnings and predictions fell on deaf ears. It’s part of a bigger movement in education reform that includes the misuse of test scores to pay teachers or fire them based on student test scores. It’s part of the problem when principals narrow the curriculum to the test rather than tailor it to the needs of individual students, telling teachers not to teach science or social studies in the month before the state tests in math or reading, for example. It’s one of the causes of 12-year-olds having panic attacks or becoming ill on testing days.

But if PARCC is to be saved, it will have to be tweaked. Ohio came up with a demand recently that PARCC be administered in 45-minute sessions in order to accommodate the bell schedules at typical schools in the US. Although Ohio has left the consortium, probably for good, PARCC should consider this suggestion, as one of the biggest problems the PARCC tests have created in US schools is that they’re a nightmare for bus schedules, lunch schedules, and other logistics.

Other things about the PARCC tests will need to be adjusted, or the consortium will come to an end. It’s already down to a handful of states, and cuts need to be made in the level of involvement from educators, which goes against the whole grain of forming a multi-state consortium. These cuts are being made in the interest of keeping the cost down, but they will confound any effort to produce a high-quality test.

A brief explanation of this series

This article is part of a series of blog posts that will run several times every week, beginning with the new school year. We’ll find a quote short enough but newsworthy enough to include on these pages and open the gates. The series is titled by the Topics tag “Constructive Dialog” and has the goal of pushing for equality under the umbrella of educational opportunity for all students.

We hope, with this series, to stimulate constructive dialog between students, school officials, and caring members of our larger communities, including parents, business owners, religious organizations, and that whole “village” thing that it takes to raise a child.