Maryland Reporter.com has an insightful analysis of the state comptroller’s opinion of Pearson, which produces, delivers, and scores many standardized tests for the state, as he made clear during a skeptical tirade at last week’s Board of Public Works meeting. 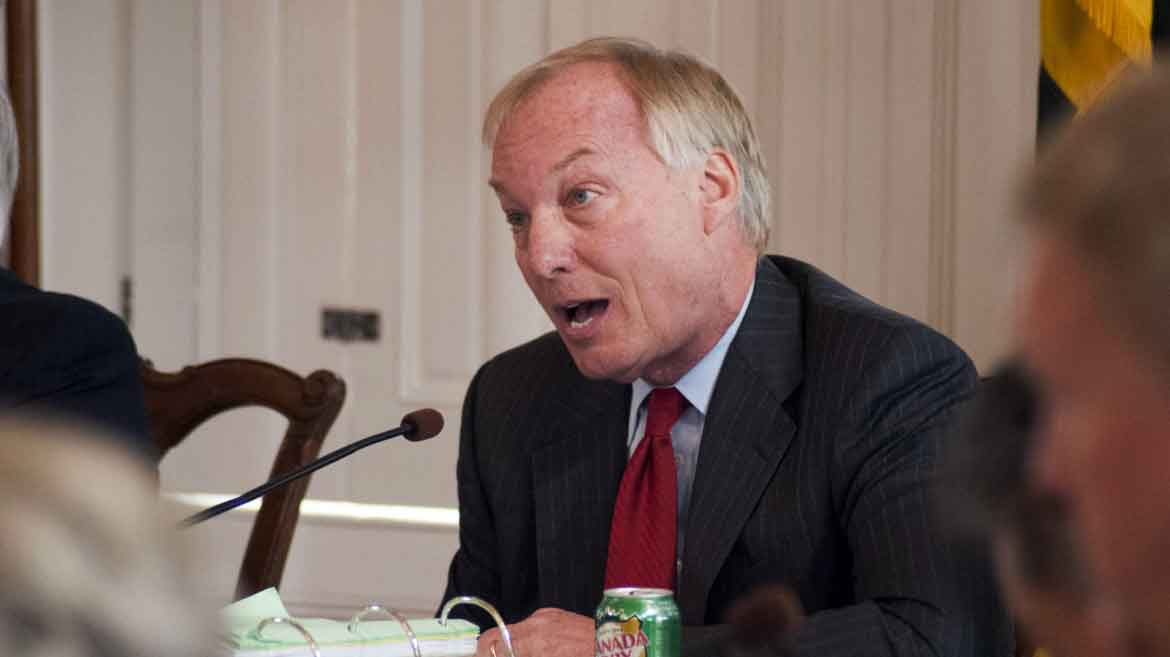 Peter Franchot, a Democratic comptroller working on a board of three alongside Republican Gov Larry Hogan and Democratic Treasurer Nancy K Kopp, is very skeptical about the quality of tests produced by Pearson for the state. He mentioned an example of a question he discovered that had been placed on a sixth-grade reading test. Len Lazarick quoted Mr Franchot reading from a sixth-grade Pearson test based on an article in Smithsonian Magazine called “Nimbus Clouds: Mysterious, Ephemeral, and Now Indoors”:

“As a result, the location of the cloud is an important aspect, as it is the setting for his creation and part of the artwork. In his favorite piece, Nimbus D’Aspremont, the architecture of the D’Aspremont-Lynden Castle in Rekem, Belgium, plays a significant role in the feel of the picture.

“The contrast between the original castle and its former use as a military hospital and mental institution is still visible,” he writes. “You could say the spaces function as a plinth for the work.”

As he finished, Maryland’s governor laughed, “Boy, I’m glad I’m not in the sixth grade.”

So am I, Mr Hogan. So am I. Not in this test-crazed school environment.

Let’s take Mr Franchot’s excellent example. In Maryland, whenever we approve the content of test questions that our students will have to answer, we use several books, known as “vocabularies,” that tell us the grade level at which certain words should be understood by students. The word plinth, meaning the square base of a column, should be understood by about 42 percent of college freshmen in the US.

The use of a 13th-grade word on a sixth-grade reading test—even if the word’s readability level has changed since the vocabulary we use in Maryland was published—should not happen. It makes questions based on that reading passage invalid and, what’s more, frustrates students who then might not respond to other questions on the test to the best of their ability. We would learn more about what sixth graders in Maryland know by asking them no questions at all than by asking them a question based on a reading passage with a 13th-grade word in it.

The contract before the board at last week’s meeting had nothing to do with reading, as it was for a science test to be developed for mentally disabled students. It therefore got approved without any real objections. But the fact that BPW members are doing their homework and researching some of the issues that plague the world of standardized testing means we’re not very far from washing the state clean of tests that fail to measure up and fail to measure the quality of learning we’re providing for students.

Voxitatis reported last month that even parents, teachers, school board members, and this employee of the state education department are highly skeptical of the validity and fairness of standardized tests we’re using on our students. If we were talking about a day every year to do the tests, I wouldn’t be as bothered about the mediocrity of the tests as I am, but schools are spending a lot of time and money to administer these tests. They’re rerouting bus schedules. They’re making hourly lunch ladies take days off so students can go home at noon or, worse, go home at 10 AM to eat and come back at noon to take a test in the afternoon session.

Testing has clearly gotten out of control, and this expenditure of money and effort would be much easier to justify if the tests weren’t low-quality attempts to find out what students have learned and collect other buckets of meaningless data. But since that’s exactly what they are, politicians are right to question the amount of money we’re spending on them.

On a personal note, the article in Maryland Reporter.com was excellent and great fun to read. The subject is no joking matter to those of us who work in education, but tests from Pearson took a nosedive into laughingstock territory with the now-famous talking pineapple story in New York a few years back. It won’t be long before we laugh them out of our classrooms, I hope.